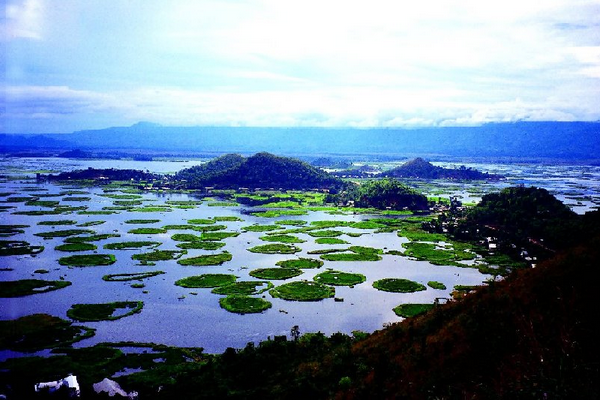 Manipur literally meaning “A jeweled land” nestled deep within a lush green corner of  Eastern  India bordering  Myanmar .It is  Surrounded by blue hills with an oval shaped valley at the centre, rich in art and tradition and surcharged with nature’s pristine glory. It lies on a melting pot of culture. The then Governor General of India lord Irwin on his visit, described 'Manipur as the Switzerland of the East'. It is the  birth place of Polo.(Known as Sagol Kangjei) Literally meaning  hockey played from  the horse. It is rich in Flora & Fauna the Imphal valley is 2500ft. above the mean sea level. It is surrounded by ‘nine ‘ranges of hills where the highest height is 5000ft., Loktak lake in Manipur is largest fresh water lake in India.

Imphal is the historic capital of Manipur from time memorial. The name originated from the word Yumphal. Manipur has the deer antelope, is state animal  the only species of its type in the world  today.Manipur is famous for its classical dance-'Radha & Lord Krishna'. Manipur has mediterranean climate with mansoon starting from end march & ending in september, maximum temprature in summer is 31°C & minimum in night droping 18°C.

Sports in Manipur dates to the time of ancient history. The most popular traditional games include Sagol Kangjei, Thang Ta & Sarit Sarak, Khong Kangjei, Yubi Lakpi, Mukna, Hiyang Tannaba and Kang. The modern-day polo game is said to have its roots in Sagol Kangjei, the traditional sport of the state. Not surprisingly, Imphal boasts of Imphal Polo Ground, the oldest one in the world. The Manipuri style of polo is known as the Pana which is different from the polo played in the international style. Thang Ta & Sarit Sarak are a very skillful and energetic martial arts. Khong Kangjei is also known as Manipuri hockey which is played with seven players on each side like polo. Yubi lakpi is a seven-a-side Manipuri version of rugbi. ‘Yubi’ in Manipuri means coconut and ‘Lakpi’ means snatching. Mukna is the name given to Manipuri wrestling, which is played between two male rivals.Sports has progressed  in Manipur  because of strong community living  together Resulting in club formation & sports association. It has been existing  before  the advent of modern sport & sport management. Sports talent were recognized & allowed to progress.